If you love gin and Prosecco (or Champagne) then this Lychee French 75 Cocktail is for you. Pretty, sparkling and refreshing but also a bit dangerous, as the name would suggest! 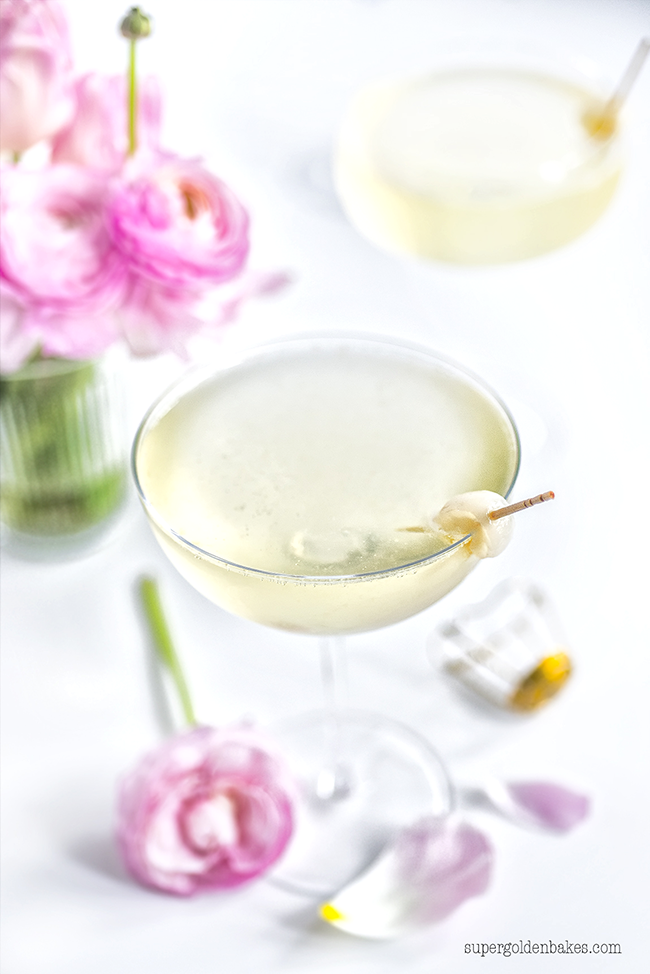 Macaulay Connor: I bring you greetings and Cinderella’s slipper, Champagne.
Champagne is a great leveleler… leveleler…. – The Philadelphia Story

I am not a big fan of romantic films – at least not the of the paint-by-numbers ones designed specifically to tug at the heartstrings – girl meets boy, they fall in love and ride off into the sunset, after overcoming the usual obstacles of course.

What I am a massive fan of is films like The Philadelphia Story, His Girl Friday, The Apartment… all of them romantic comedies with brains, heart and dialogue that you want to quote forever. And all of them made at least 50 years ago… I guess they don’t make them like the used to – to use a cliché that happens to be absolutely true. 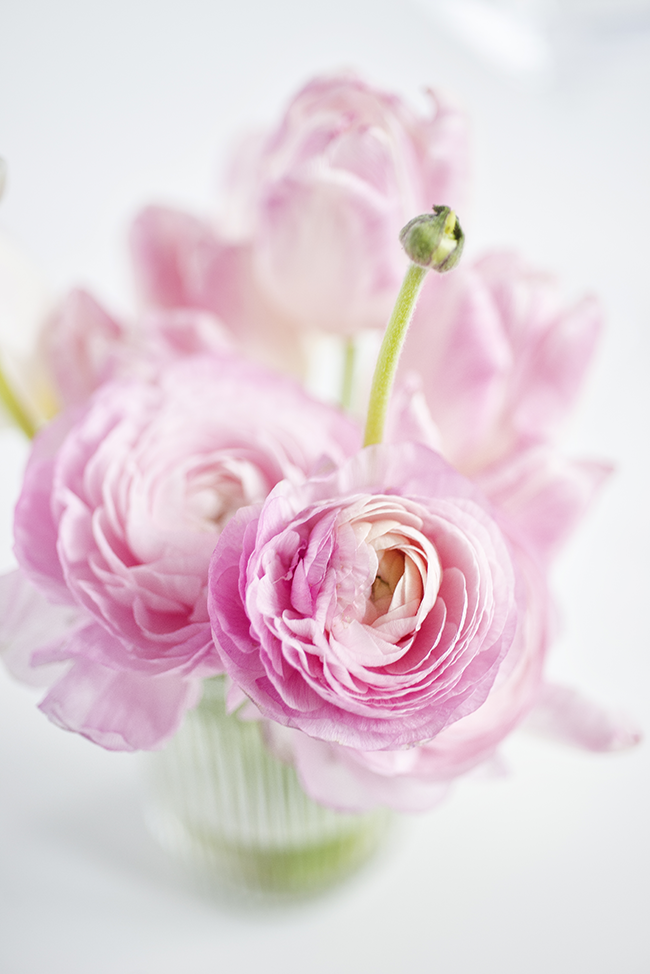 My ultimate romantic evening doesn’t involve fancy restaurants or being whisked away to an exotic location (have I mentioned I hate to fly?) but snuggling in front of the fire with my husband watching one of these films and enjoying couple of cocktails.

Have you noticed how many cocktails they go through during The Philadelphia Story? I believe they start drinking at noon and continue well into the night and into the next morning… it’s sort of a running gag.

I like to think that a French 75 is just the kind of cocktail Katharine Hepburn would drink – elegant, sophisticated and pretty lethal!

The combination of Champagne, gin, lemon juice and simple syrup was said to have such a kick that it felt like being hit with the powerful French 75mm gun – hence the obscure name. 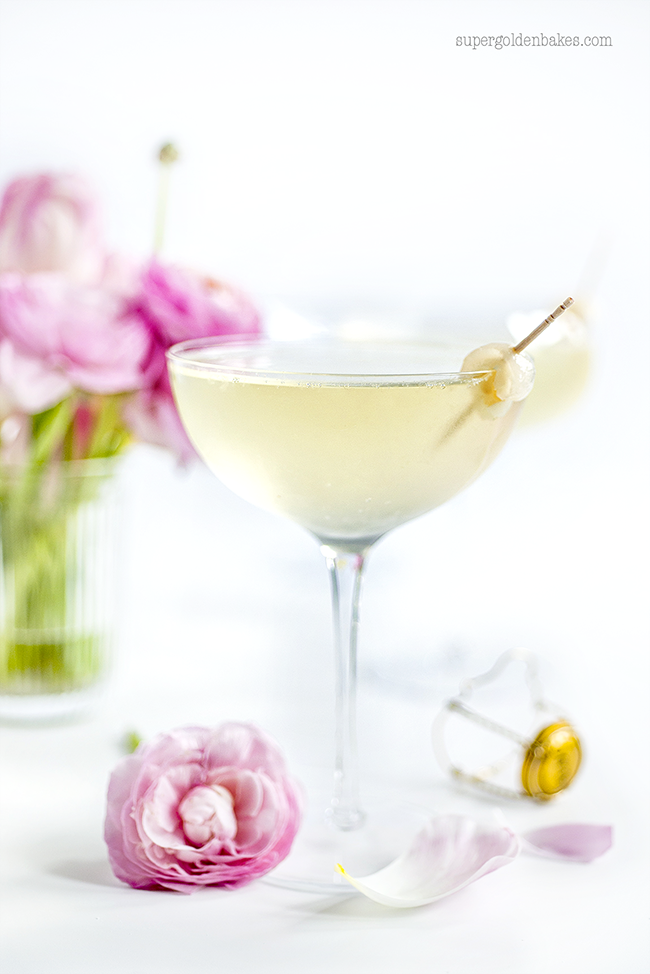 I have given my French 75 it a slight twist for Valentine’s day by adding lychees and rosewater – using Prosecco instead of Champagne as I actually much prefer it. This cocktail looks pretty harmless (and just plain pretty) in the photos but, believe you me, you want to drink it with caution because it more than lives up to its name.

I used tinned lychees and their syrup in the recipe. but you could use fresh lychees and simple syrup instead. Or, if you can get hold of it, a splash of lychee liqueur. 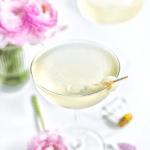 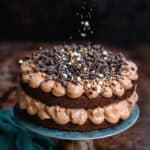 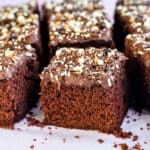 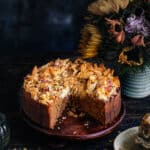