Making traditional Polish pierogi from scratch is a labour of love, but they taste infinitely better than store-bought. You will totally fall in love with these dumplings – make a big batch and freeze some for later. 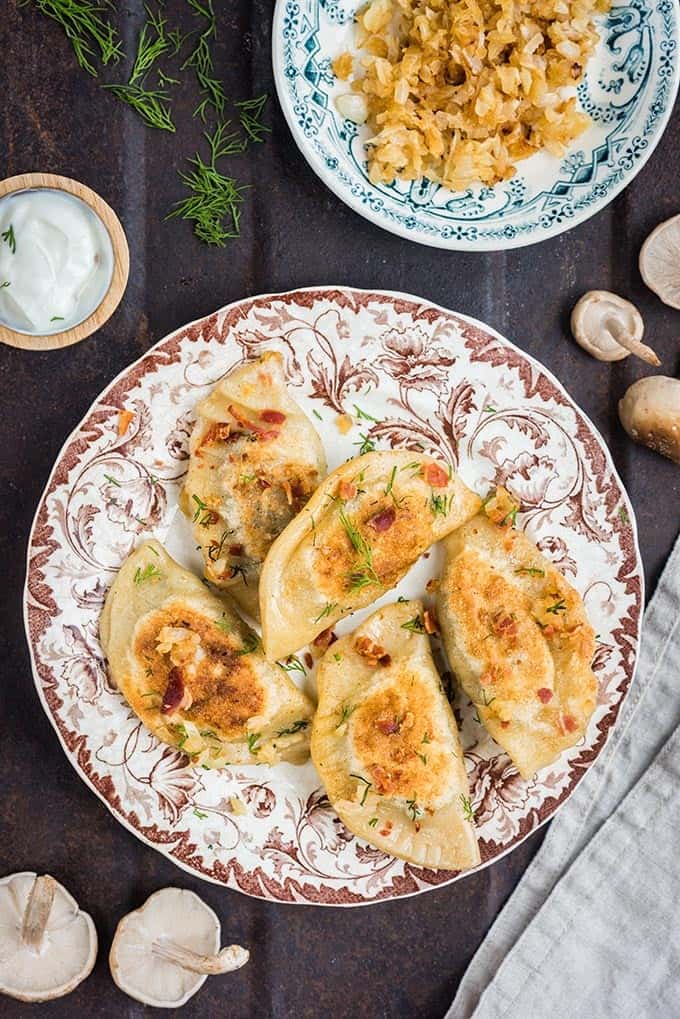 I didn’t have much exposure to Polish cooking before meeting my husband. He is mildly obsessed with Polish food, especially pierogi, thanks to a previous girlfriend.

Not that his girlfriend made him pierogi – no, it was her Polish babi (great grandmother) who kept my husband in pierogi and he still won’t shut up about them after 20 years of us being together.

He even took me to Mazurka, the Polish restaurant in his hometown of Montreal, on our first visit there, eager to expose me to the joys of Polish food.

Well now there’s a fabulous new cookbook by a fellow food blogger Ren Began which aims to introduce everyone to Polish cuisine. I was thrilled to receive a review copy last week and I am so proud of what she has achieved. You can read more about her journey here.

The book is beautiful and full of recipes I want to make, like kotlety (meatballs), cabbage parcels with barley mushroom sauce, bigos (hunter’s) stew, szarlotka (apple cake) and flavoured vodkas. In the end though I had zero choice about which recipe to make – it simply HAD to be pierogi!

Pierogi are little dumplings which can be sweet or savoury – they remind me of gyoza or Chinese dumplings though others have likened them to ravioli. Whatever their resemblance, the undeniable fact is that they are delicious and totally addictive to eat. 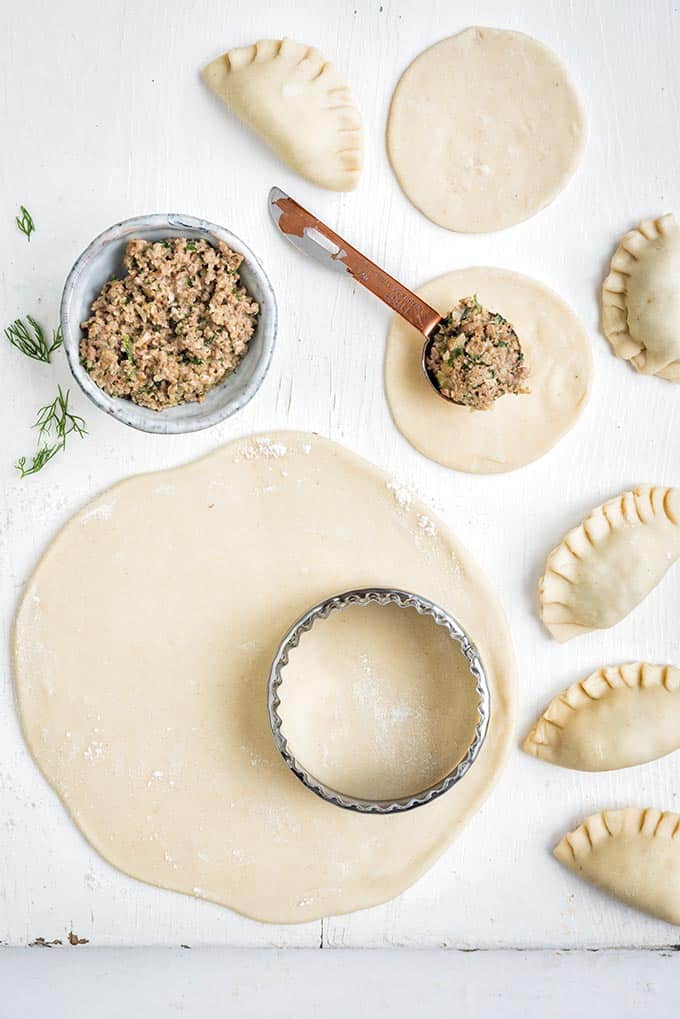 I followed Ren’s recipe to make the dough, though I had to add more water than specified, so I am going to post my adaptation of it below. I also ended up rolling the pierogi a lot thinner than 3mm, so I ended up with twice as many, much to the joy of my husband.

Making a big batch is a good idea anyway – they freeze really well and you will be happy to know you have some stashed away for a comfort food emergency! I used Ren’s filling of mushrooms and cream and it was so delicious you will want to just eat the whole thing with a spoon.

But at the request of my husband I also made a beef filling and here I researched a few recipes before making something up that I think is pretty authentic – it tastes really good and that’s what really matters.

I made the dough by hand and it was quite a tough dough to knead – if you have some aggressions you want to work out, I think this would be the perfect recipe for you! Once the dough is kneaded it becomes elastic and you are able to roll it out really thinly. 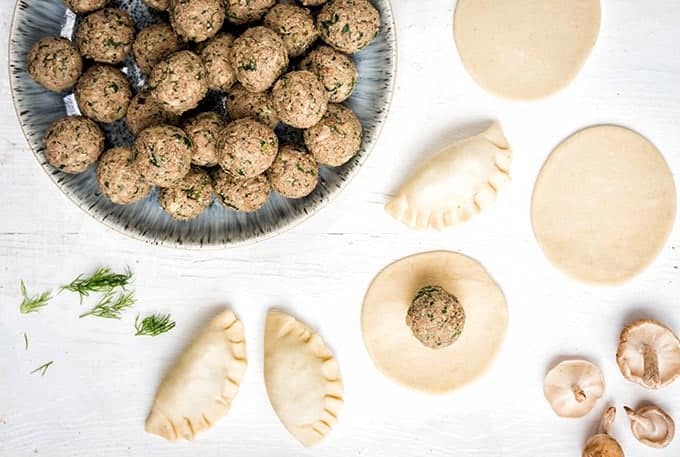 Having never made pierogi before, I realised a few things after I made my first batch. It is best to have the filling prepared several hours, or up to a day, in advance so that it has a chance to properly cool. You are also able to roll it into little balls after it has rested in the fridge overnight, which vastly simplifies the filling process.

Once you make your little stuffing balls, it is easy to fill the pierogi as you roll and stamp out the dough. You will have to roll the dough in batches and make sure you keep any you are not using (as well as any filled pierogi) covered with a damp tea towel until you finish with the entire batch.

HOW TO FILL PIEROGI

To fill the pierogi, place a circle of dough in your left hand and position the stuffing ball in the middle. Use your right hand to create and indent in the centre of the stuffing so that it spreads out to the sides slightly.

Keep a wet cloth handy to wipe your hands and then pinch the dough around the filling to close. You can create a little pleated edge, if you like, by folding the dough along the edge (though that looks more like a gyoza) or you can score the edge with a fork.

Cook the pierogi in boiling water and then fry them in a little butter so they get golden and a little crispy. Top with a little chopped dill, fried onions, some crisp bacon and don’t forget the sour cream. Absolutely YUMMY! 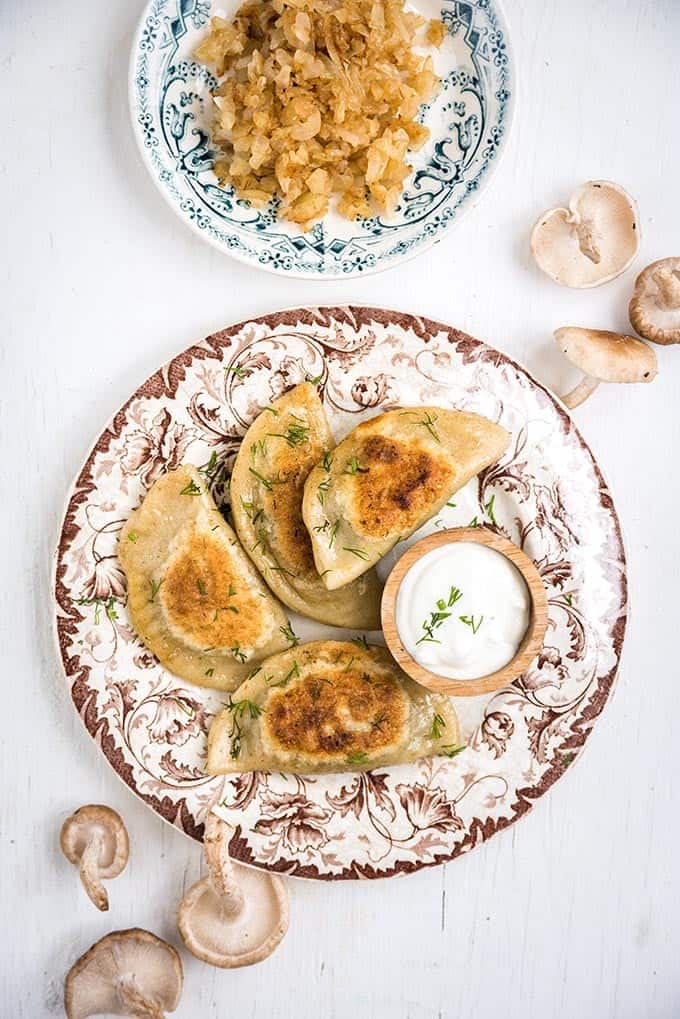 Take a look at more recipes from Wild Honey & Rye as interpreted by the food blogging community. 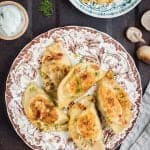 The dough will be enough for around 40-45 pierogi depending on how thinly you roll out the dough. If you wish to make both the mushroom and beef fillings you will need to double the amount of dough. Put any leftover pierogi on a tray lined with greaseproof paper, making sure that they are not touching. Freeze until solid then transfer to a freezer bag.
To cook from frozen boil for 5-10 minutes, until they float to the top of the pot, then fry.
Tried this recipe?Mention @supergolden88 or tag #supergoldenbakes!
« Pancetta-wrapped cod with blistered tomatoes and lentils
Chocolate Mug Cake – Quick and Delicious » 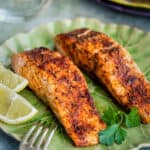 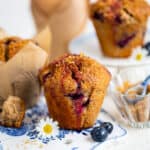 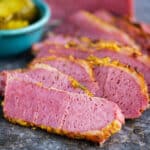 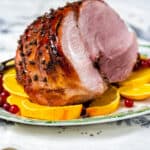 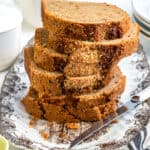 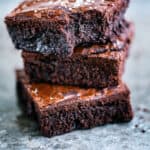