Fancy something a little bit nutty and a whole lotta awesome? This super-easy chocolate and peanut butter mousse is layered with peanut butter flavour Oreos 🙂 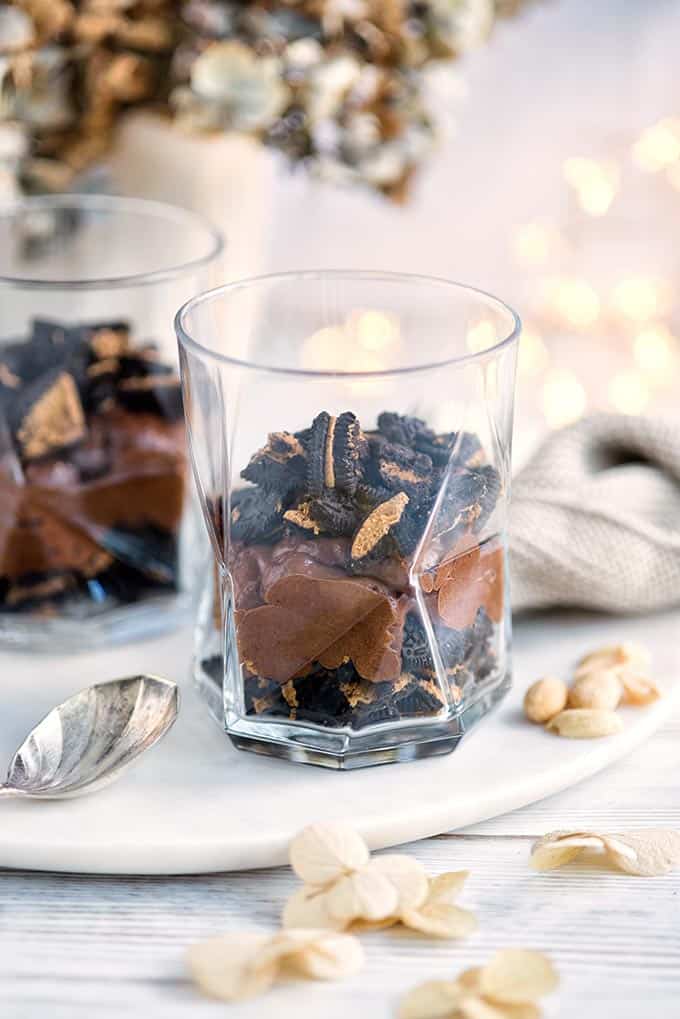 If I told you that Oreos are the world’s favourite biscuit, would you be surprised? No, me neither! Apparently nearly 7.5 billion are eaten every year and I am definitely part of that statistic. But did you also know that they have just launched several new flavours to give the iconic original a new twist?

There’s Choc’o Brownie flavour flavour, mint flavour, strawberry cheesecake and peanut butter flavour Oreos. In the interests of ‘research’ we tried them all and there’s definitely a flavour to suit everyone. My personal favourite has got to be the peanut butter flavour Oreos. As someone who has just adopted a new rescue puppy in possibly the busiest time of the year, I would say I am choc’ full of nuts 😉 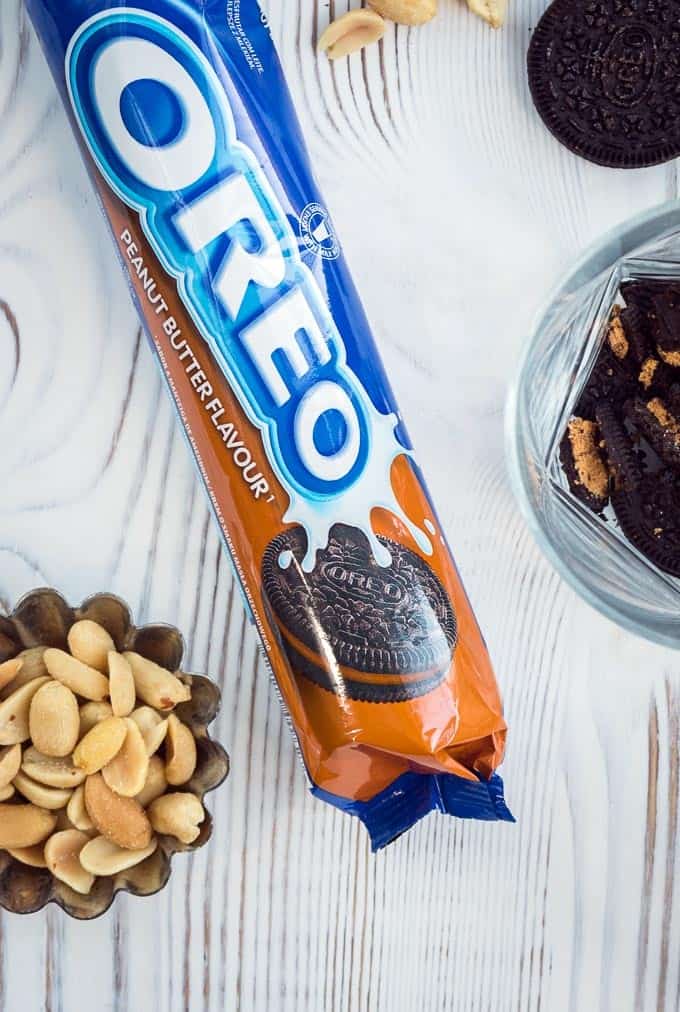 But I also absolutely love chocolate and peanut butter combo – the are meant to be together those two, just check out my peanut butter millionaire’s shortbread! I also made an a-ma-zing peanut butter and chocolate layer cake this weekend to celebrate my (belated) birthday. But I will have to bake that cake again in order to photograph and post the recipe – it was inhaled before I ever got a chance to do either. 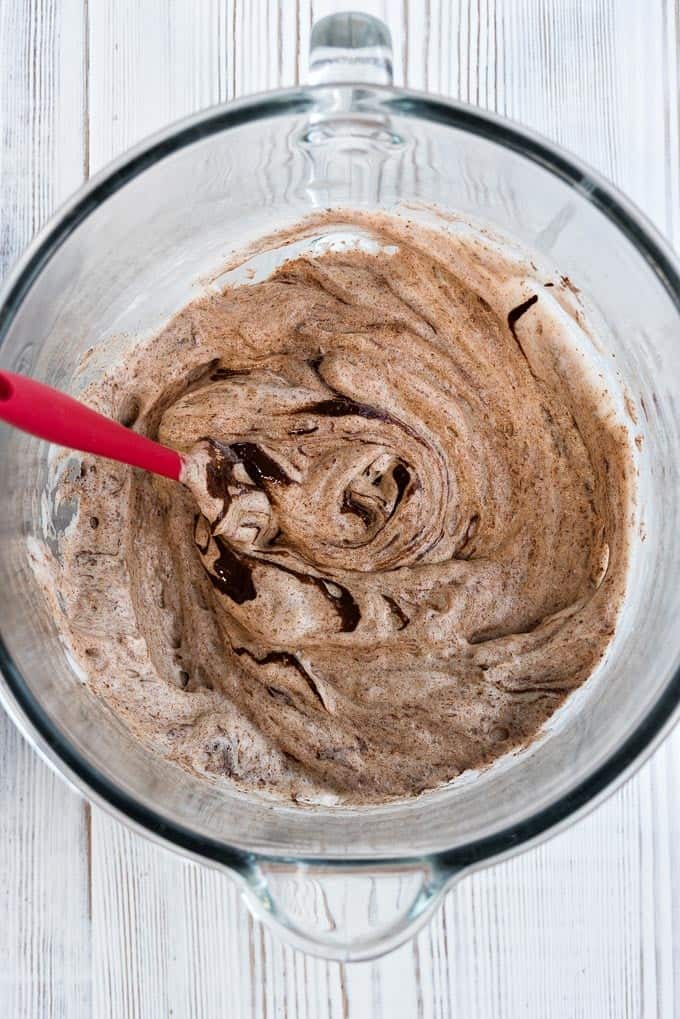 I was inspired by the new peanut butter flavour Oreos to create this five ingredient chocolate and peanut butter mousse. It is an amazingly easy dessert if you ever need something impressive in a real hurry and, needless to say, it is ridiculously delicious!

I used aquafaba (a.k.a chickpea brine) to make this dessert as it is just so easy and guaranteed to create a mousse that is velvety smooth. Simply drain the liquid from a can of chickpeas (and use them to make my sheet pan cod) and whisk until it forms almost firm peaks. 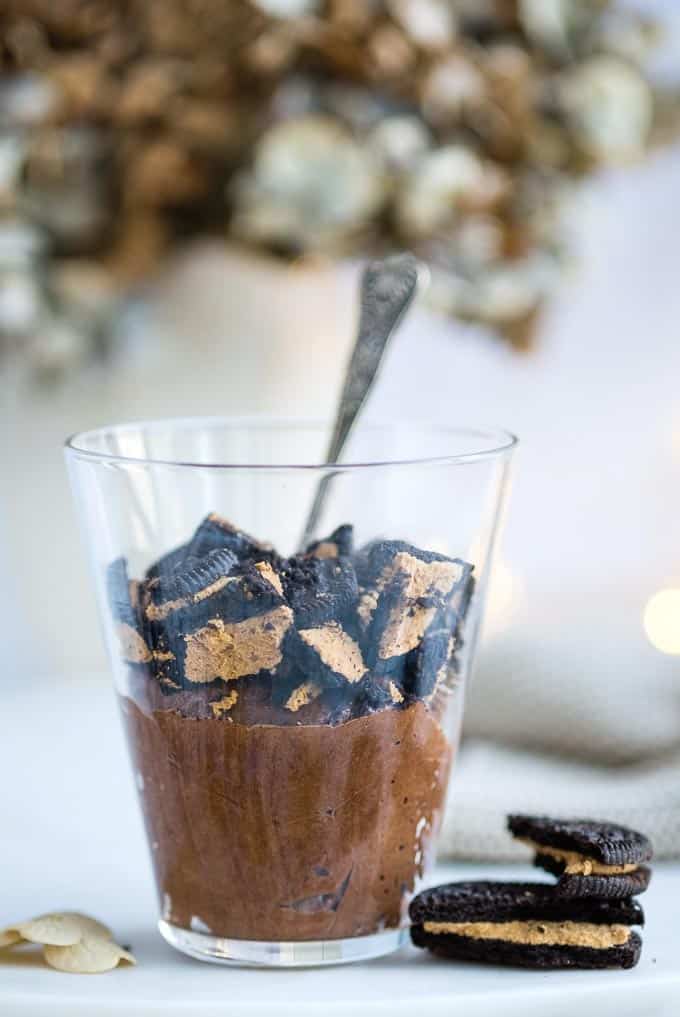 You can sweeten the aquafaba meringue with a little maple or agave syrup or leave it as it is – it’s up to you how sweet you prefer your mousse. Mix the whisked aquafaba with melted chocolate and smooth peanut butter and layer it in pretty glasses with roughly chopped peanut butter flavour Oreos and, BOOM, dessert is served. 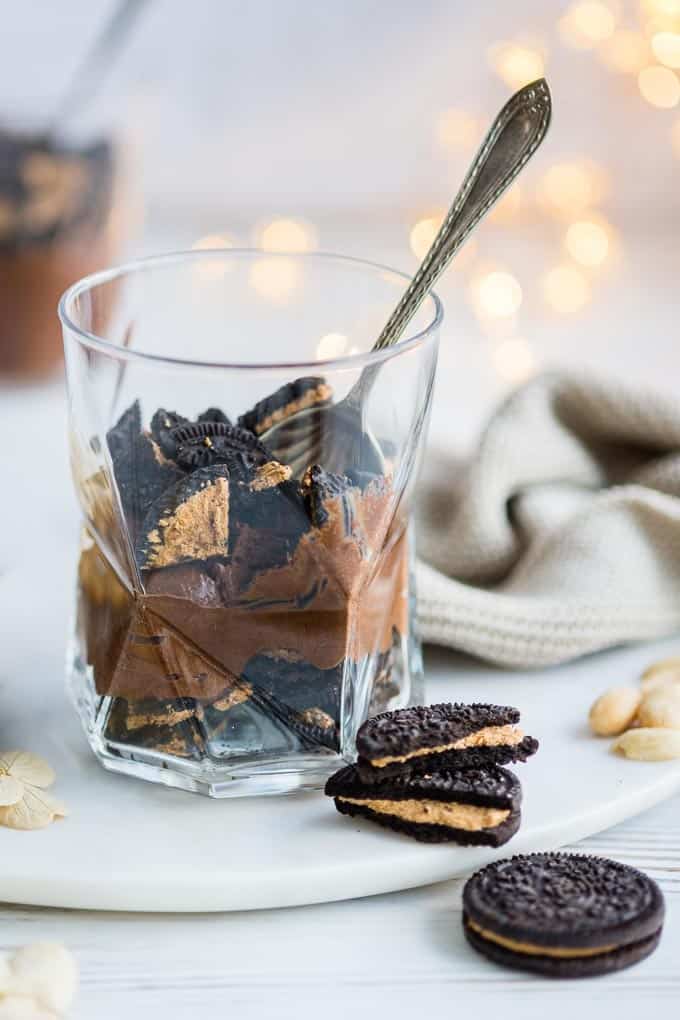 Normally you need to chill aquafaba chocolate mousse before it sets, but the addition of peanut butter makes it firm enough to eat immediately. If you wanted to go a little fancier you could also drizzle some melted chocolate over the top or add some chopped salted peanuts for extra crunch and zing. 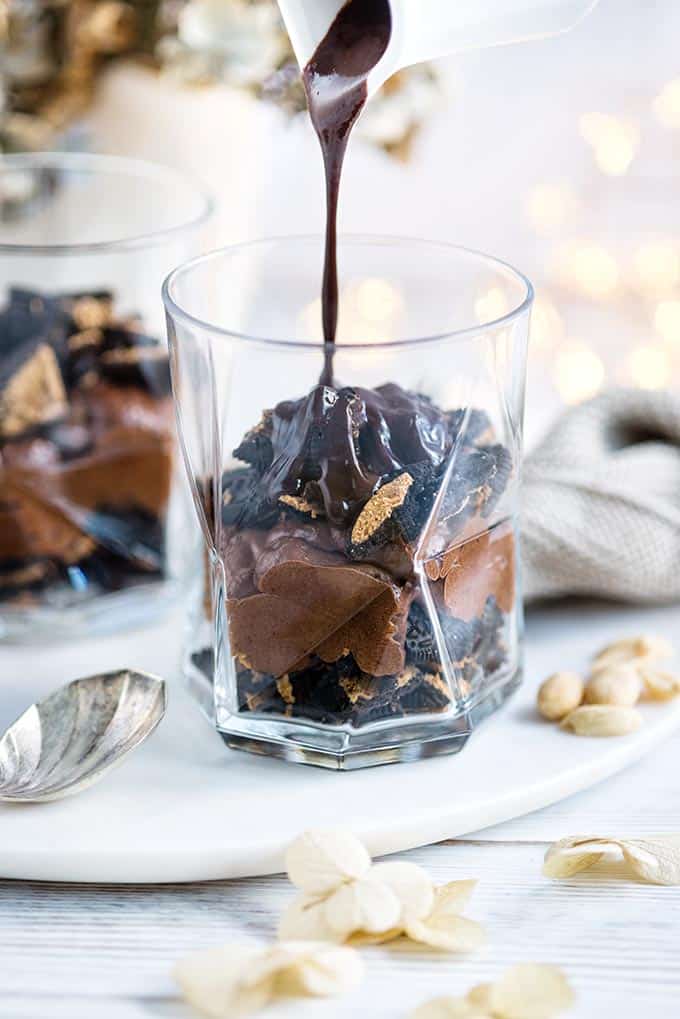 Have you made one of my recipes? I wanna see! Tag me on Instagram and make my day 🙂 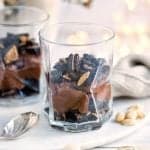 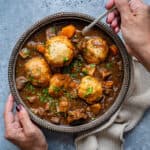 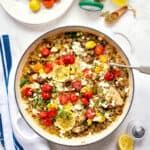 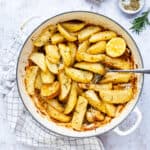 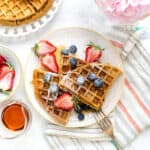